What Is a Liberal Arts College?

Transitioning to a college after completing high school can be cumbersome and sometimes stressful. You’ll have so many colleges to choose from, and in the process of choosing, you can get confused. The college you choose will shape your career path, so you must choose the best institution. So, what is a Liberal Arts College?

A Liberal Arts college is, therefore, a learning institution that focuses on these classical objectives and themes. They are not like technical colleges that have a narrow academic focus.

Many academic opportunities are available to you once you graduate from high school and one such opportunity in joining a Liberal Arts college. These colleges are small, but they are a force to be reckoned with in the American education system.

What do liberal arts mean?

Liberal arts doesn’t have anything to do with being liberal. It also has nothing to do with the arts. The term liberal arts originated in the period in which some courses were considered worthy of free people, or liberales. By then, it only consisted of logic, rhetoric, and grammar.

These three subjects were together referred to as trivium. Later on, other subjects such as geometry, arithmetic, astronomy, and music, were roped in and they became known as a quadrivium.

A Liberal Arts college is, therefore, a learning institution that focuses on these classical objectives and themes. They are not like technical colleges that have a narrow academic focus.

Liberal Arts colleges produce men and women who are adaptive to the ever-changing world. Additionally, the lessons offered in these colleges highly encourage exploration and inquiry. Because of their overall object and small sizes, they are unique for the following reasons:

The fact that Liberal Arts colleges don’t offer technical degrees doesn’t mean they accept students with low grades. In fact, the admission requirement for Liberal Arts students is quite competitive.

For you to have high chances of getting admission, you need to complete three to furs years of both mathematics and English while you are in high school. Additionally, you’ll also be required to submit your ACT and SAT results. Since these colleges are in high demand, you should try to achieve the highest score possible in high school, and also in the ACT and SAT.

Also, the admission officials in Liberal Arts colleges want students with good writing skills. So, you should think of writing an exceptional admission application essay to increase your chances of being selected.

Their Classroom Sizes Are Smaller

Liberal Arts colleges are not as big as the ordinary colleges, so their classroom sizes are also smaller. The small-sized classes are of great advantage to students studying in these colleges.

The tutor-student ratio is high; thus, the quality of education is better compared to ordinary colleges. When you are in a Liberal Arts college, you are not just another number in the crowd.

A typical class in a Liberal Arts college can have between 12 to 30 students only. Meaning your tutor will most likely know you by name. The entire college may have less than 2500 students. Furthermore, many of these students usually reside within the campus.

With less than 2500 students, a campus of Liberal Arts college will be smaller than a typical university campus. The smaller a campus is, the more intimate the setting will be.

You’ll have more opportunities to interact with your fellow students and make friends. Some students establish relationships that last a lifetime. The type of relationships built in Liberal Arts colleges is difficult to forge in big universities or online schools.

Since Liberal Arts colleges are in great demand, their tuition fees are higher than that of state schools or public universities. However, the tuition fees vary from one college to another.

The top five Liberal Arts colleges in the U.S. are:

What is a Liberal Arts College? It’s a College That Encourages Creative Thinking

Once you join a Liberal Arts college, you’ll realize that, in most instances, you’ll be prompted to think critically during lessons. You’ll also get encouraged to participate actively in exciting discussions and even propose forward-looking ideas. This is not like the big public colleges where the teaching methodology is lecture-based.

The teaching methodology in Liberal Arts colleges is Socratic-based, meaning it focuses more on discussions and feedback.

Your tutors will guide you in this innovative process and encourage you to interact with others through debates. Liberal Arts colleges discourage passive learning in classrooms as much as possible.

The Main Focus Is On Bachelor’s Degrees

Why join a Liberal Arts College?

Therefore,you spend in the college will be used to prepare you to face life, rather than just preparing you for work. The skills one gets from a Liberal Arts college can be converted to a variety of career paths.

You may also want to join a Liberal Arts college because you don’t like the ordinary college experience. Whatever your reason, you need to choose the best college.

What is the difference between a liberal arts college and a regular college?

What does it mean by liberal arts college?

Do you have to take liberal arts in college?

Although students taking  liberal arts major in one subject, they are required to take a general education course in almost all the subjects.

How much does an art college cost?

To major in art in the for four years you will need about $9000 including the Tuition Fees. 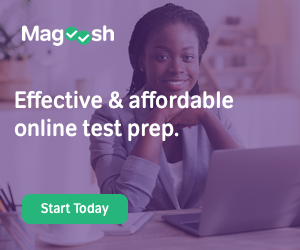